Today, 25th January marks six months since 25th August of 2017 while the Rohingya people have started to bring endless stories of killing, burning, rape from Northernmost part of Myanmar to the Southernmost part of Bangladesh. Photographer Amirul Rajiv has been witnessed of Rohingya flow in the borderland of Myanmar and Bangladesh. Combined two trips for 22 days in the early September and mid-October, Rajiv has travelled to the border crossing point Ghundhum, Tombru of Bandarban and Anjuman Para, Myanmar-Bangladesh Friendship road of Cox’s Bazar and adjacent camps of Konar Para, Balukhali, Palang khali, Hnila, Kutupalang, Cox’s Bazar Sadar Hospital and captured their trauma and hardship in camp life. 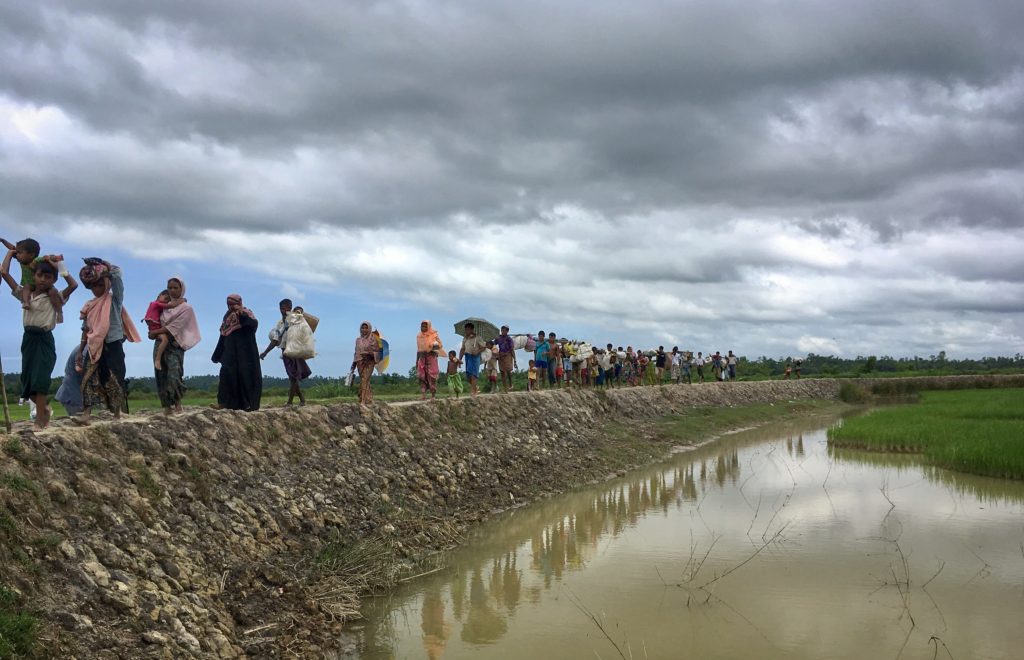 The flow of Rohingya arrival at the border crossing point of Anjuman Para, Ukhia, Cox’s Bazar. And this southeastern city, Cox’s Bazar is known as honeymoon and holiday city in Bangladesh and Rohingya people brought here their stories of rape, burning, killing by Myanmar military. According to UN, the number of newly arrived Rohingya refugees is 646,000 since 25th August 2017. 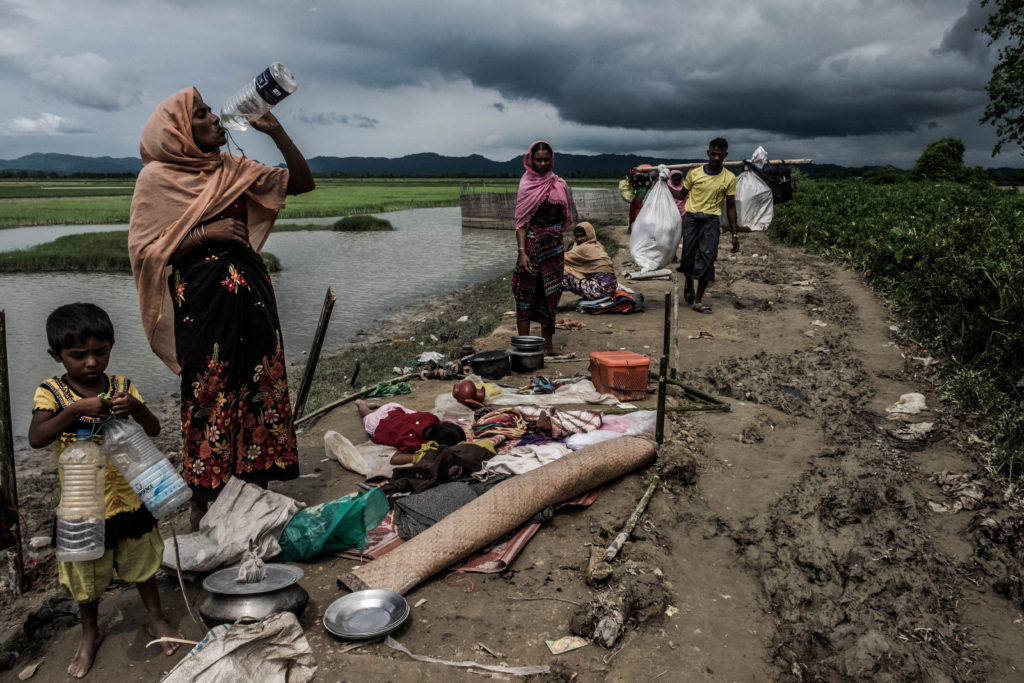 This is also at Anjuman Para. They just had arrived and tired and tried to arrange a temporary tent on that road. The far, visible hilly site from the lady’s left is Myanmar, part of Rakhine state, their homeland. 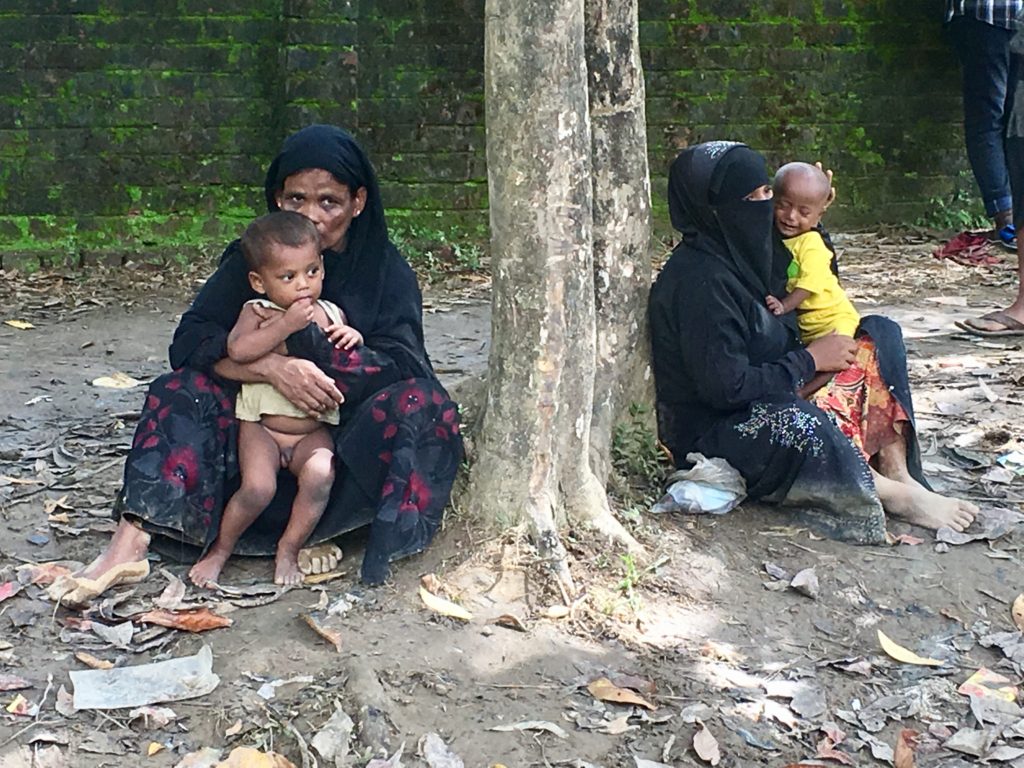 These two women also newly arrived Rohingya and didn’t know where to go or what to do but, waiting. Waiting at kutupalong roadside, Ukhia, Cox’s Bazar. 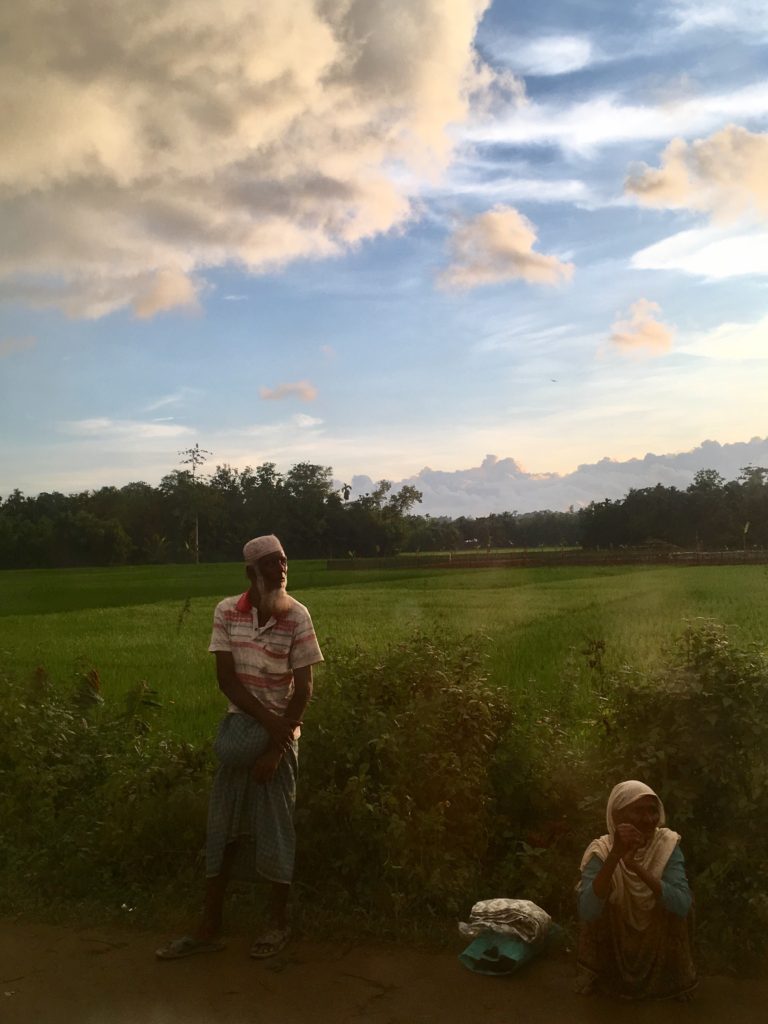 The sunny daylight seems mystic but their reality is very clear: uncertain and hopeless. These two old, man and woman, also were waiting at Teknaf road, Cox’s Bazar 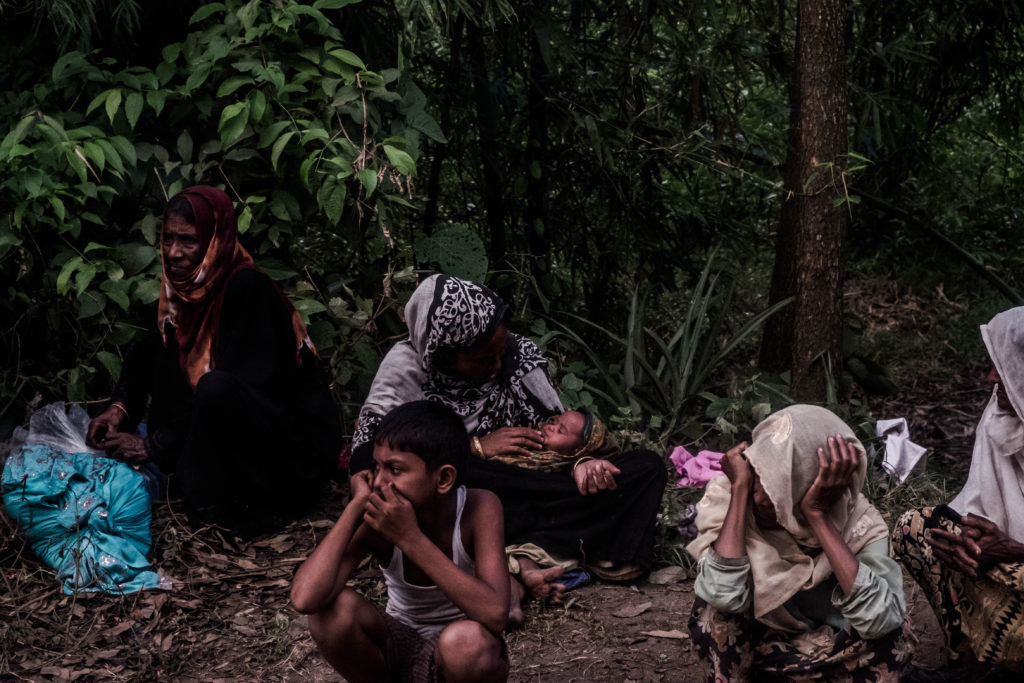 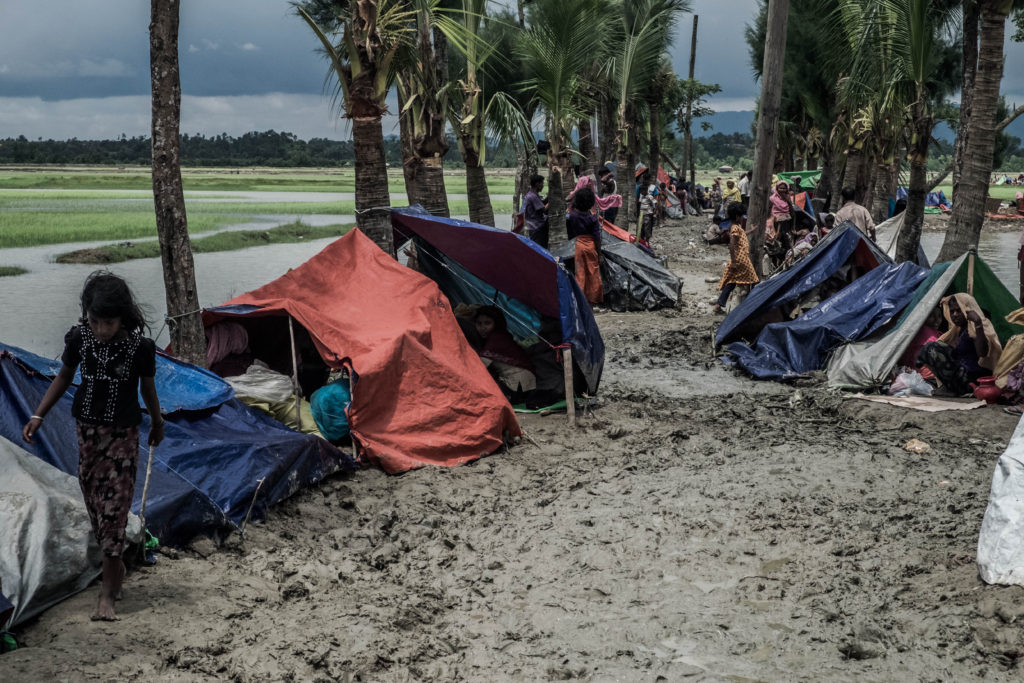 The rain had stopped sometimes ago, and the road turned into muddy, but they managed temporary living arrangement by making makeshift tents at Anjuman Para, Ukhia, Cox’s Bazar.

Trauma, this word has got familiarity with them by dealing the happening dire situation and the blue background of tent’s sack made it so much so-called. At Balukhali camp, Ukhia, Cox’s Bazar. 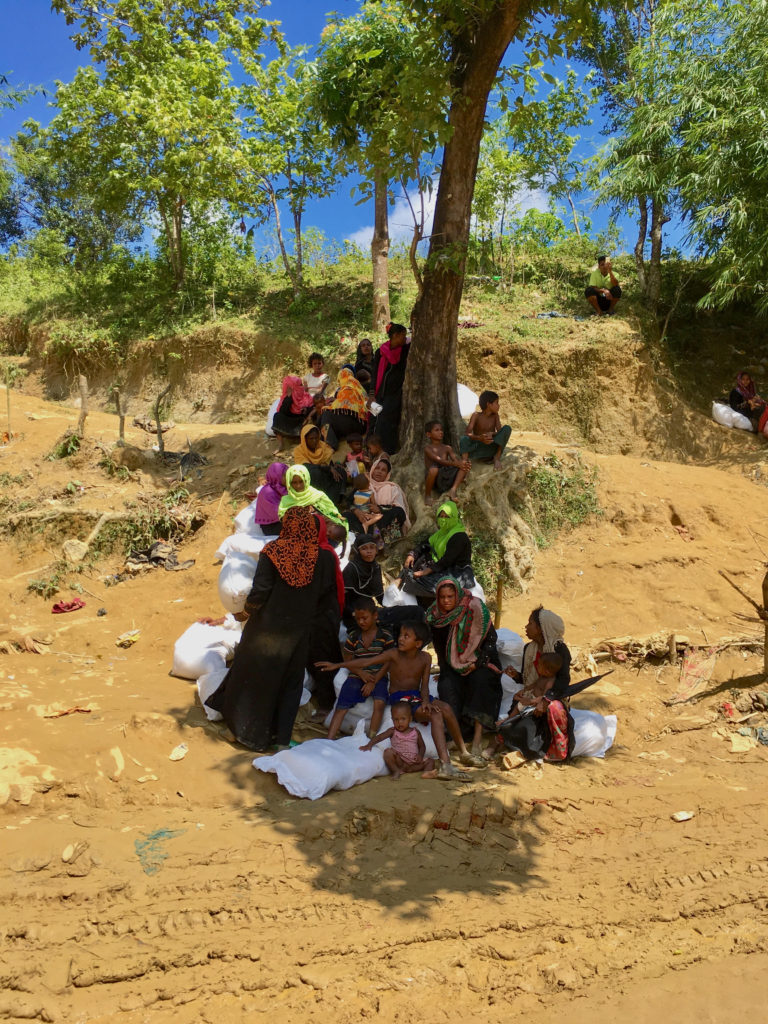 They had got relief from Army relief distribution center, but it was a hurdle. Therefore, taking some rest on their way back to camp, Ukhia, Cox’s Bazar. 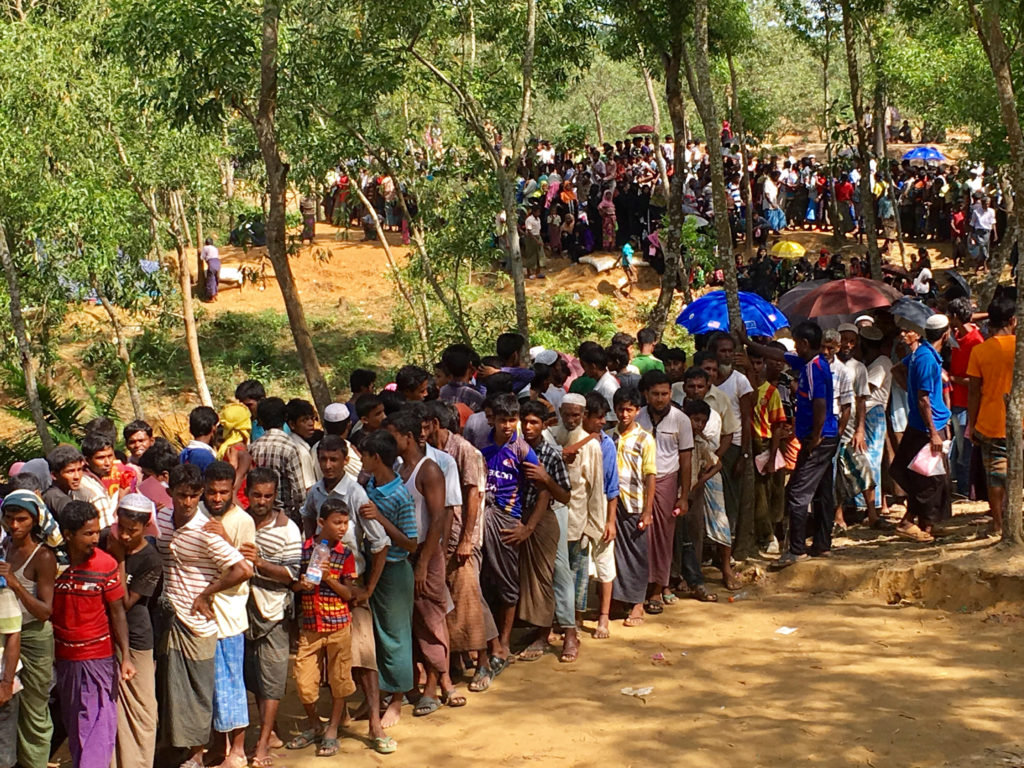 The location of this Rohingya queue is marked as very dangerous as it is a known route for wild elephant pass and the temporary camp is just here. They were waiting for World Food Program’s (WFP) food distribution. At Balukhali, Ukhia, Cox’s Bazar. 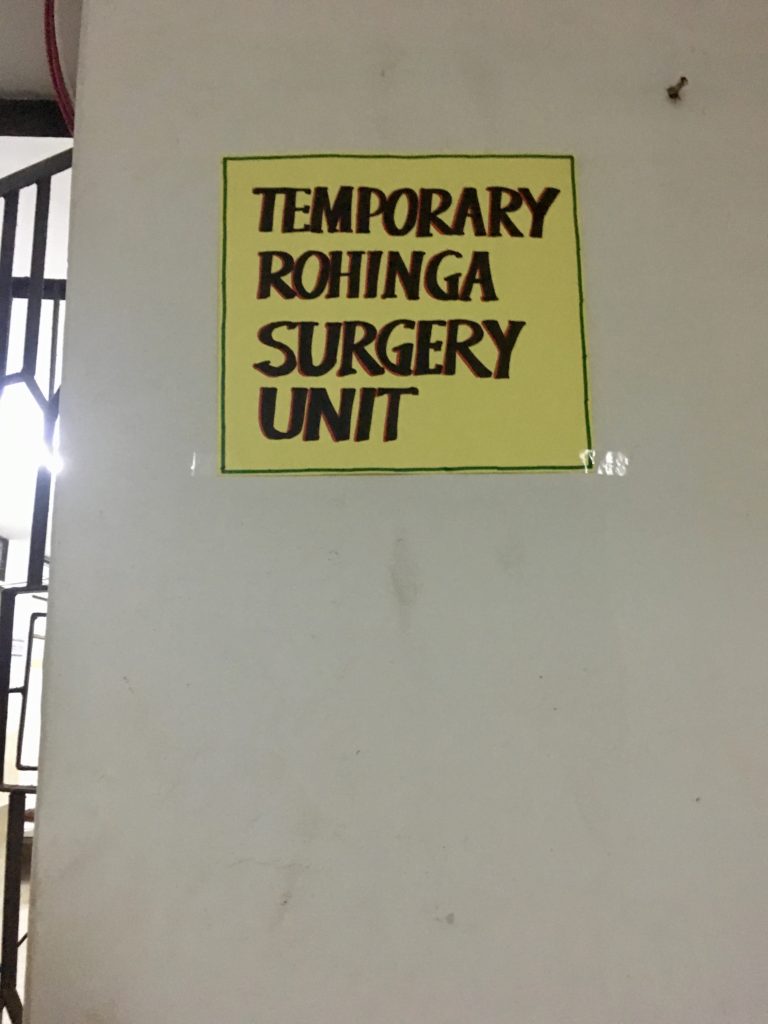 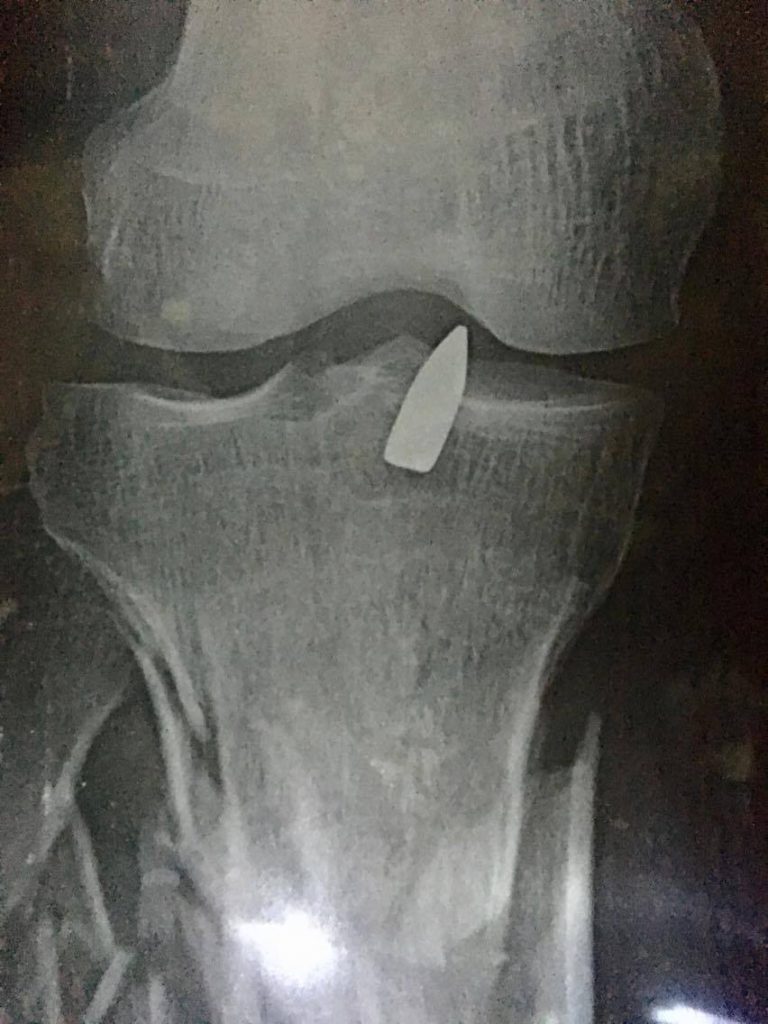 This is the x-ray report of a 45 years old man’s knee that shows stuck-bullet in his knee. When Myanmar military came and cordoned their village at Rathedaung, they started to shoot blindly and like many other villagers, he also got shot but ran away. He said, he crawled into the bushes with this bullet-hit knee and then crossed the border. 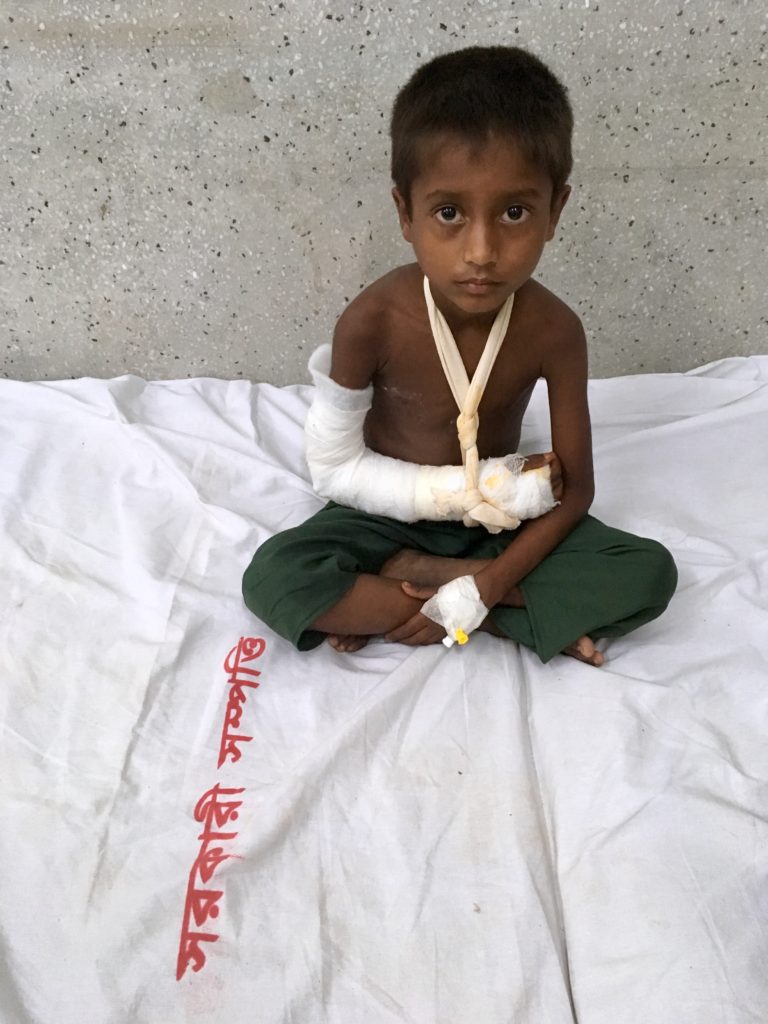 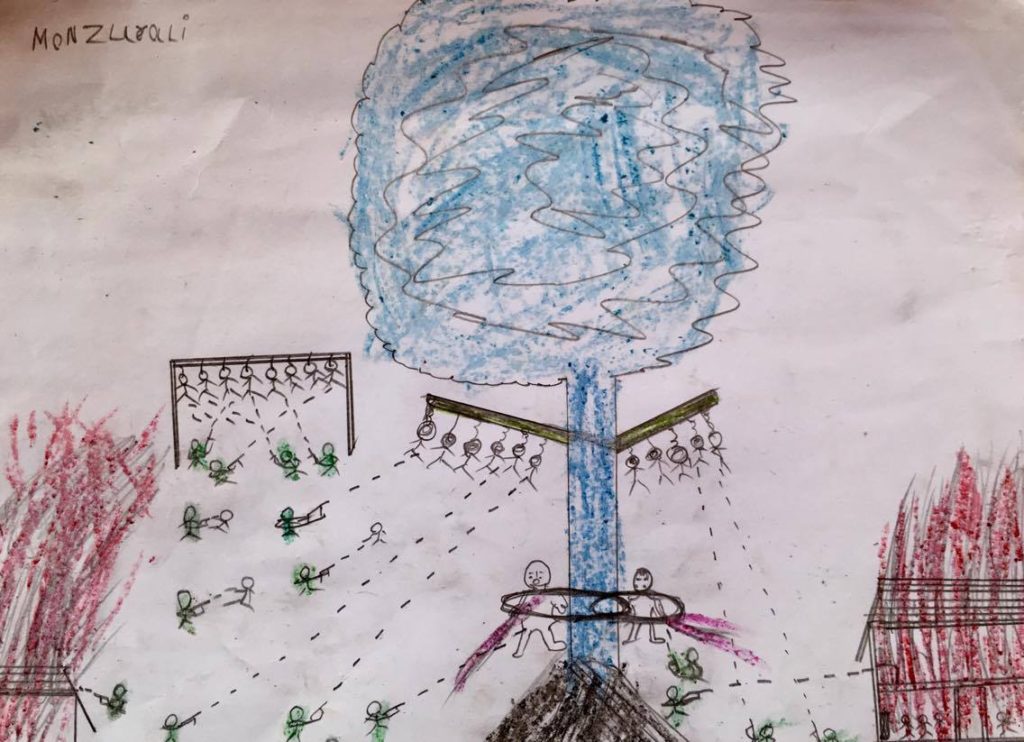 An 11-year-old boy draws this picture in the Balukhali camp, Ukhia, Cox’s Bazar. How Myanmar military took people in the jungle, killed them and hung them with tree – he is carrying that horrifying memory of those days. He said, “whenever this memory grasps me, I start to draw things like that.”

Recently, Myanmar has agreed to take back Rohingya people and made a deal with Bangladesh government to complete the repatriation process within two years. But Rohingya people don’t feel any trust, don’t see any hope, instead, an overwhelming sense of fear grasp them to be killed, raped again.

According to Myanmar military, on 25th August, a Rohingya insurgent group launched attacks on several security posts that killed more than hundred people. Again, according to the survivors, it was a massacre by military-entire villages burned, possessions looted, women raped, the countless dead included babies and small children. Medecins Sans Frontieres has documented at least 6,700 deaths from this violence.

Since then, thousands of Rohingya people have arrived here each day. In the month of September, this number went up to half of million and that is the highest monthly departure of refugees anywhere in the world since the Rwandan Genocide of 1994.

It’s not the first time for the Rohingya facing the refugee issue. They first got the experience of refugee in 1978 through a military crackdown and fled to Bangladesh. Military regime (1962-2011) in Myanmar brought a drastic change in their life regarding identity and rights. In 1982, the military government made the citizenship law which totally excluded them from the approved ethnic groups of Myanmar, from the legal body to live in their homeland. They were legally viewed as illegal immigrants from Bangladesh. So, they didn’t have and don’t have yet rights to free movement, higher education, voting or public office; even have to get permission to marry.

The Rohingya people also faced military attacks in 1991-92, 2012, 2015 and the latest happened in 2017. It is reported by media and human rights organization as the most severe and systematically operated “ethnic cleansing” by Myanmar military. So today, almost one million Rohingya people are living in the refugee camps in the southern part of Bangladesh and they don’t have any “my country” in this world.